M, as the new deacon prefers to be called, claims neither of the two human genetic gender identities – not the female identity with which she was born, nor the male identity that some say her initial represents. 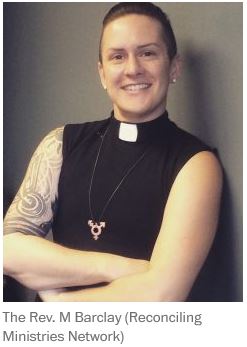 M initially “came out” as a lesbian woman while at seminary. After gaining employment with the United Methodist Reconciling Ministries Network, which aims to engage LGBQT people in the denomination, M concluded that “transgender” best fits M’s sense of personal identity.

Now, many people both within and outside the United Methodist Church have expressed various strong opinions about the correctness of appointing a deacon who claims to exist outside the range of genders God created. The Grammar Queen expresses no opinion regarding this matter. 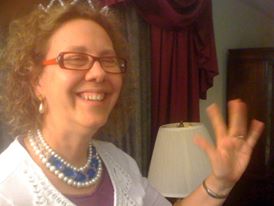 The Grammar Queen must, however, register her extreme displeasure at the newly appointed deacon’s cavalier attitude toward the American language of the new deacon’s homeland.

M, although defining M-self as “non-binary,” chooses not to use pronouns that would describe M as unitary. While acknowledging the singularly casual American habit of referencing unknown individuals with the third person plural, the Grammar Queen finds it extraordinary for a known person to describe M-self as unrecognized.

The Grammar Queen finds all of these regrettable, “Xe” especially so. She wonders why anyone who considers choice of identity important would select a pronoun set that would appear – in the style of the admirable Madeline l’Engle’s self-sacrificing cherubim Proginoskes – to “X” out the person doing the choosing.

Madeline L’Engle’s cherubim knew that to be “X-ed” is the end of identity. In 21st century “genderqueer” language, “Xe” is claimed as a personal pronoun.

The Grammar Queen even finds herself wondering at the failure of a late-20th century solution proposed in the science fiction of Marge Piercy. Surely “person” and “per” would be improvements over the unfortunate 21st century attempts.

Nonetheless, the Grammar Queen is most exclusively concerned today with deacon-appointee M’s use of the 3rd person plural pronoun to describe M-self.

The Grammar Queen is well aware of the many contortions American English has taken in its effort to avoid inappropriately branding an unknown person as male. Indeed, the Queen herself recalls that as a child, she intensively queried adults about the seemingly peculiar practice of referring to unknown persons with male pronouns and even the male noun “man.”

The Grammar Queen also recalls finding herself grammatically confounded, as a young adult, by the congregational singing of the Methodist hymn “Rise Up O Men of God.” Knowing herself to be a woman of God, not a man of God, she determined that she was required at the moment to not stand, and gracefully sank back into her seat. It was her good fortune not to be seated on the platform that Sabbath.

Therefore, the Grammar Queen is not without sympathy for those who find it difficult to recognize themselves in certain gendered pronouns. Indeed, she is extensively practiced – as are all those who have written for public discourse during recent decades – in ways appropriately to convert sentences to third-person constructions in order to avoid unnecessary gender pronouns.

At the same time, the Grammar Queen holds more confidence in the American educational tradition than many might allow. She is confident that the elementary schools of Pensacola, Florida once taught M which pronouns are applied to singular persons and which apply to plural persons. She finds it deplorable that M is unwilling to choose appropriate pronouns, and even more deplorable that the American media are choosing to follow suit.

But the Grammar Queen stops herself from allowing this brief conversation to become degraded into an entirely non-royal rant. Instead, she seeks the grace of her God and God’s mercy before she essays a short comment on the use of pronouns in God’s Bible.

During her review of Biblical pronouns, the Grammar Queen identified only one non-Divine person in the Bible who used plural pronouns to describe himself. When asked for a name, the voice of a dangerous man who lived among tombs told Jesus:

Surely, the Grammar Queen imagines, neither M nor the United Methodist Church wishes to offer such an unfortunate linguistic parallel in their descriptions of the new deacon.

She encourages M, and indeed all United Methodist persons:

The Grammar Queen has spoken.

Grammar Queen Carlene Hill Byron is most often described as The Accessories Queen. She accepts all noble titles.